Today is Veterans today and since I have wayyyyy more famous women than there are days on November, here’s a two-fer. “General” Tubman did eventually receive a military pension of $20 a month (and so it’s fitting that she will be placed on the $20 bill, now estimating that to come to pass by 2028.)

IN 1863, Harriet Tubman led soldiers with Colonel James Montgomery to raid rice plantations along the Combahee River in South Carolina. They set fire to buildings, destroyed bridges, and freed many of the slaves on the plantations. When slaves saw Tubman’s ships with black Union soldiers on board, they ran towards them as their overseers helplessly demanded that they stay.

Tubman, who will replace President Andrew Jackson on the front of the $20 bill, is most known to Americans for leading hundreds of slaves to freedom on the Underground Railroad. But she also played a crucial and pioneering role in the Civil War. In addition to being the first woman in U.S. history to lead a military expedition, Tubman—whom John Brown called “General Tubman”—was a Union army spy and recruiter. The use of former slaves as spies was a covert operation—President Abraham Lincoln didn’t even tell the Secretary of War or the Secretary of Navy about it. The man in charge of the secret spy ring was Secretary of State William Seward, who’d met Tubman when his house was a stop on the Underground Railroad.

Venturing into Confederate territory, these spies would gather information from slaves about Confederate plans. Allen says, for instance, that slaves would tell spies where Confederate troops had dropped barrels filled with gunpowder into rivers to attack Union boats. Information gained from these spies became known as “black dispatches.” It was brave for any ex-slave to venture into Confederate territory (these people were not legally “free”; they were still fugitives under the law). And it was especially brave for Tubman to do so, since she was well-known as an abolitionist.

Col. Ruby Bradley World War II and Korean War A survivor of two wars, a prison camp and near starvation, Colonel Ruby Bradley is one of the most decorated women in U.S. military history. Her military record included 34 medals and citations of bravery, including two Legion of Merit medals, two Bronze stars, two Presidential Emblems, the World War II Victory Medal and the U.N. Service Medal. She was also the recipient of the Florence Nightingale Medal, the Red Cross’ highest international honor. West Virginia native Ruby Bradley joined the U.S. Army Nurse Corps as a surgical nurse in 1934. In 1941, she was taken captive by Japanese forces while serving in the Philippines. She and fellow imprisoned nurses continued to care for their fellow prisoners, earning them the nickname “angels in fatigues.”

During her 37 months in captivity, Bradley assisted in 230 major operations and the delivery of 13 babies. “A lot of people died in the last few months,” she told the Washington Post in 1983. “There were several deaths a day, mostly the older ones, who just couldn’t take it.” At the Santo Tomas camp, the military and civilian captives dubbed Bradley and the other imprisoned nurses who provided them with medical treatment “Angels in Fatigues.” The POWs subsisted mainly on rice–half a cup in the morning and half a cup at night–but Bradley shared her limited rations with the children. “I’d save part of my food for the children later in the day, when they started crying and being hungry,” she said. Bradley also learned to be “a pretty good thief. I would take food and put it in my pockets for the children,” she said.

By the time the camp was liberated by the Americans on Feb. 3, 1945, the formerly 110-pound Bradley had shrunk to 84 pounds. In February 1945, U.S. troops stormed the gates of the Japanese camp and liberated Bradley and her fellow prisoners, where she had been held captive for three years. Bradley continued serving in the Army Nurse Corps after her release and then in the Korean War. She dedicated 30 years to the military, becoming only the third woman in U.S. history to be promoted to the rank of colonel.

I had an early morning CT scan appointment. The guy running the machine usually puts in the IV, but he didn’t like the look of my arm. He sent me to the nurse and two nurses and 3 pokes later I had a good IV. 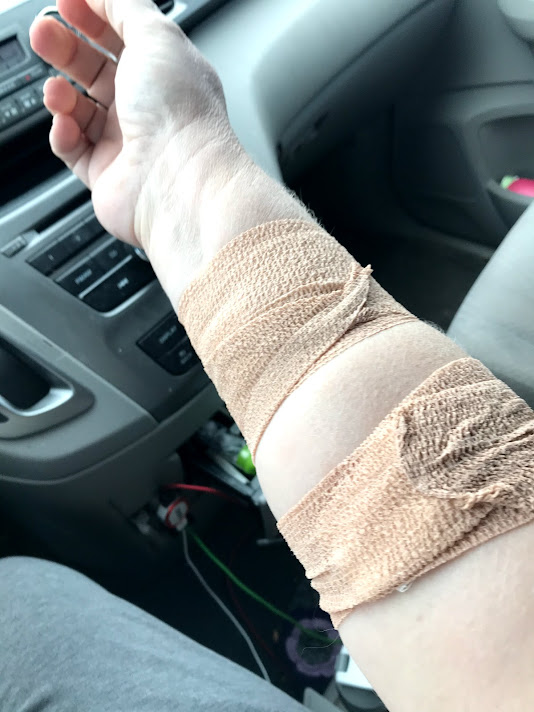 After my appointment I met up with NIA ladies at Panera, then ran by the library and went home. The girls didn’t have school today, so they were watching TV. After lunch they went to the store and I took Jack for a Harriet hike at Ft. Logan National Cemetery. 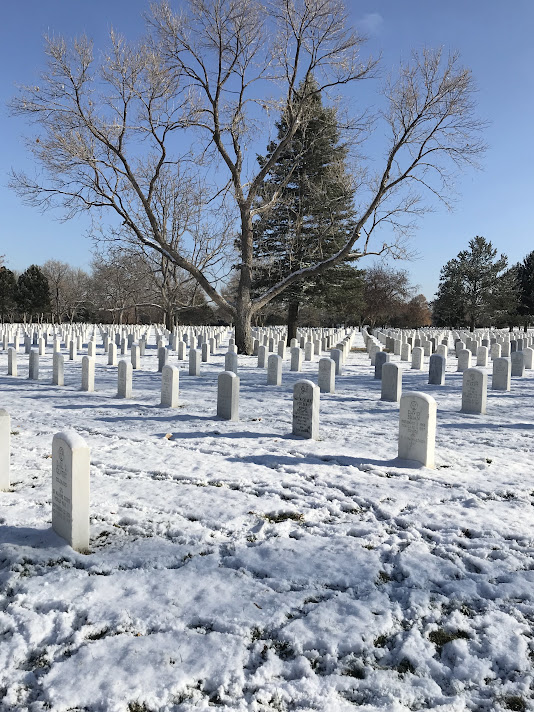 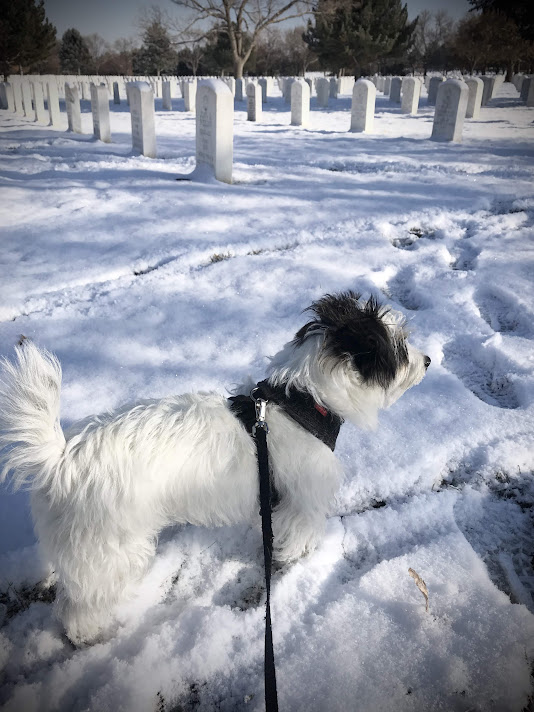 Jack and I spent another hour at the dog park, where he found 2 people to throw a ball for him.